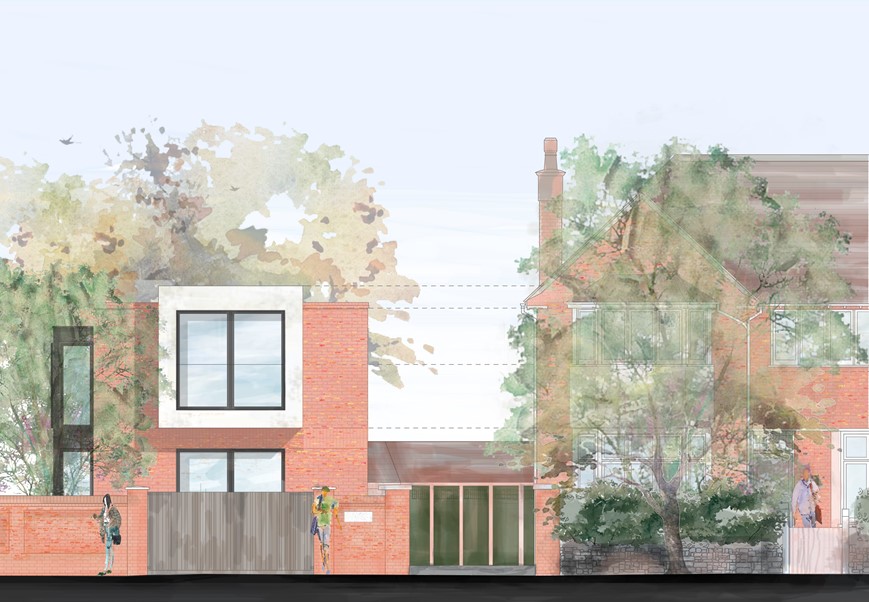 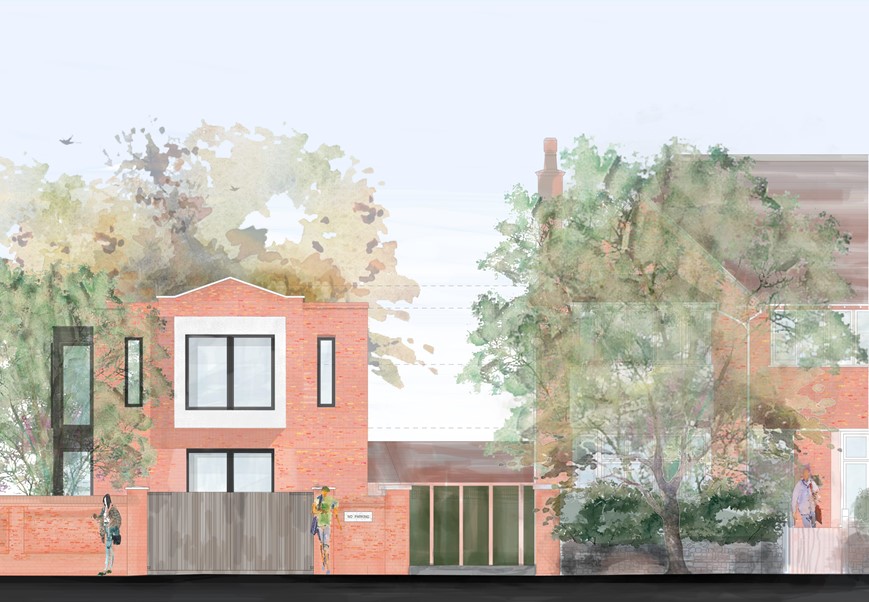 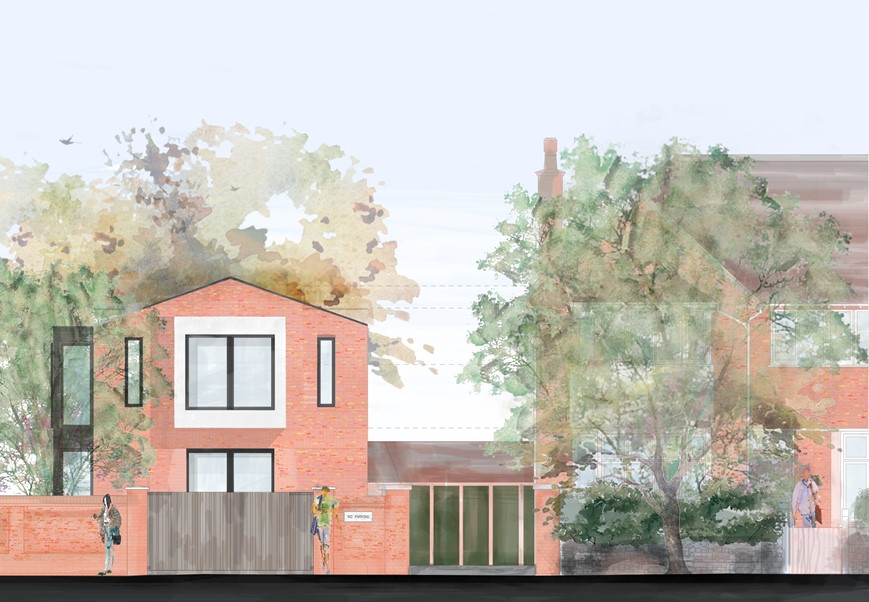 Crawford Partnership has been appointed for the design of a new build house in North London.

We are delighted to have been invited to design a new house at the bottom of the garden of an early 20th century period house located within a conservation area in north London that also comes with a bit of its own iconic history.

The new house will replace a large off-street lockup garage, and our early dialogue with the planning department suggests that they will only agree on a two-storey massing visible in the street scene.

During February, Alexis and Alan have been exploring facade options and massing studies with the clients that consider a 21st-century reinterpretation of the traditional ‘coach house’ and are preparing to discuss these with the local Haringey planning authority armed with some initial wash style drawings of the 3 options, and with a street scene that shows the massing of the proposed house.

Over the years, Crawford Partnership has continued to add to our portfolio of these new build standalone homes that utilise land that is underused and initially looks to have little potential for development.