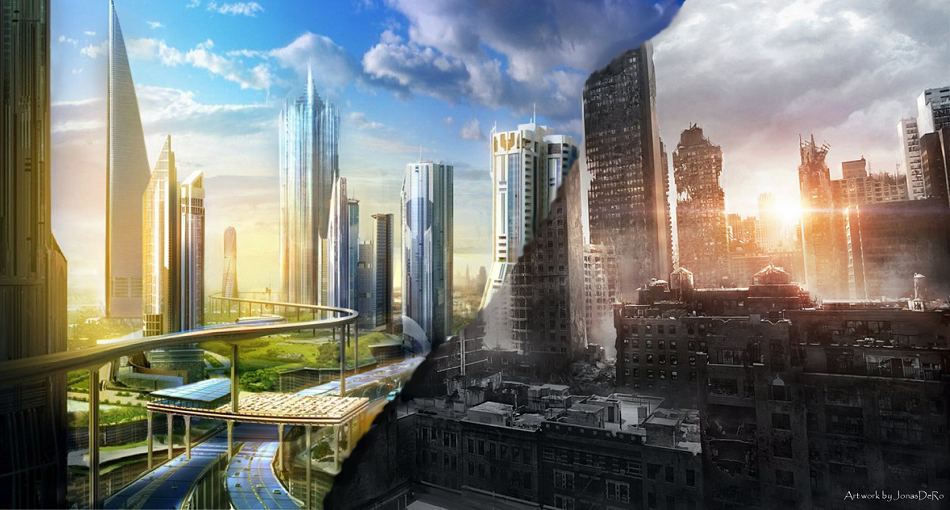 As a judge for the LEAF Awards, Alan was interviewed in 2016 and it's just as relevant today

Artwork above by Jonas DeRo

1. What’s your vision for the future of the built environment in a time of increasing urbanization and technological development?

Having just returned from a tour of China, I feel like I have experienced one possible scenario of ‘a vision for the future of the built environment’ and its already with us.

• Population of 1.3 Billion
• 30 million new cars a year and very few are ‘green’
• Where are all the older generation hiding
• High rise apartment blocks appearing all across the country to cater for the population increase in major cities. What are the long term implications of this.?
• Fossil fuel power stations polluting the environment
• Smog in all major cities

However, what is clear is that in major cities in China considerable efforts are being made to maximize the amount of landscape and green space that is provided both within existing urban centres and also in the creation of new residential environments, and on every spare m2 of public space including roadsides, under flyovers, even on the parapets of flyovers you can see the benefits of this. There are also many public parks set within these urban locations that are well designed and used by local citizens for their daily leisure and entertainment. This has a number of benefits:

This alone is a big positive that we can take forward in our own urbanization strategies for the future and it is definitely something that would contribute greatly to our urban environment here in the UK. No single action will reverse the effects of climate change; however, this is a positive step.

IS IT A DARK DYSTOPIAN FUTURE AHEAD?

It’s tempting to consider a ‘Blade Runner’ dystopian future with overpopulated cities, bleak run down streets flanked only by endless rows of towering skyscrapers with massive illuminated digital advertising hoardings crammed onto their structures becoming the only lighting on perma dark days and droning out their white noise slogans 24/7, and with constant acid rain falling in a climate where global warming has already taken root. Homelessness, poverty, crime prevail. The is a ‘glass is half empty’ pessimistic outlook that it often seems like we are teetering towards! 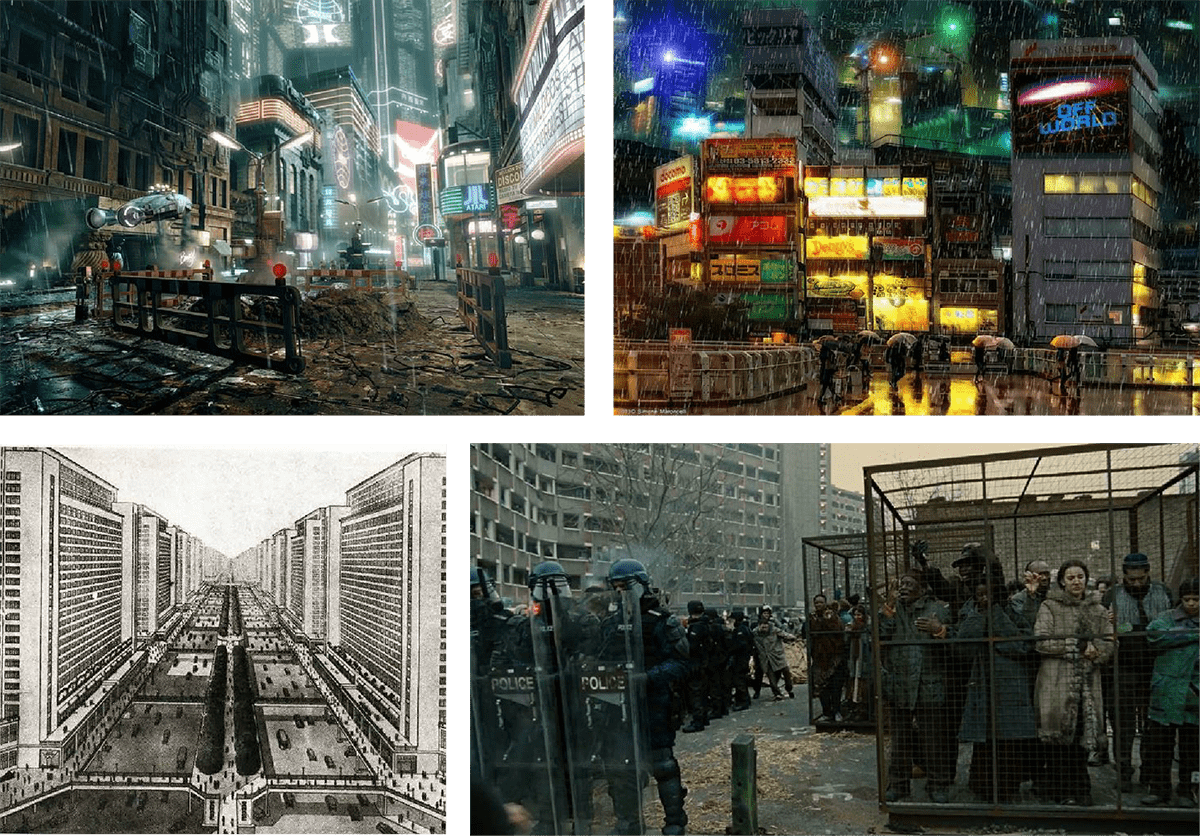 A FUTURE OF OPTIMISM AWAITS US

For me ‘the glass is always half full’ so my vision is of a more utopian idealistic future for the built environment, and a world where we will use technological innovation to resolve many of the major issues that impact on us at present. The seasons will be in balance, with white Christmases and warm summer’s days, where children will play in green tree lined fields, we can continue to enjoy the beauty of nature, we can travel to far off places safely, and homelessness and hunger will be things of the past. We will use new technology to combat the big issues of increased population, climate change and food shortages, and with alternative and sustainable energy production removing the need for fossil fuels, intelligent cities will be built in new locations with new models in design and construction that combine high rise and low rise living in harmony, with affordable housing readily available that
can accommodate a growing population and contribute towards sustainable communities, the arts, culture and scientific studies will flourish, and all in a peaceful world that enables global trade to thrive aided by educational and financial stability. As designers this is the battle we need to fight! 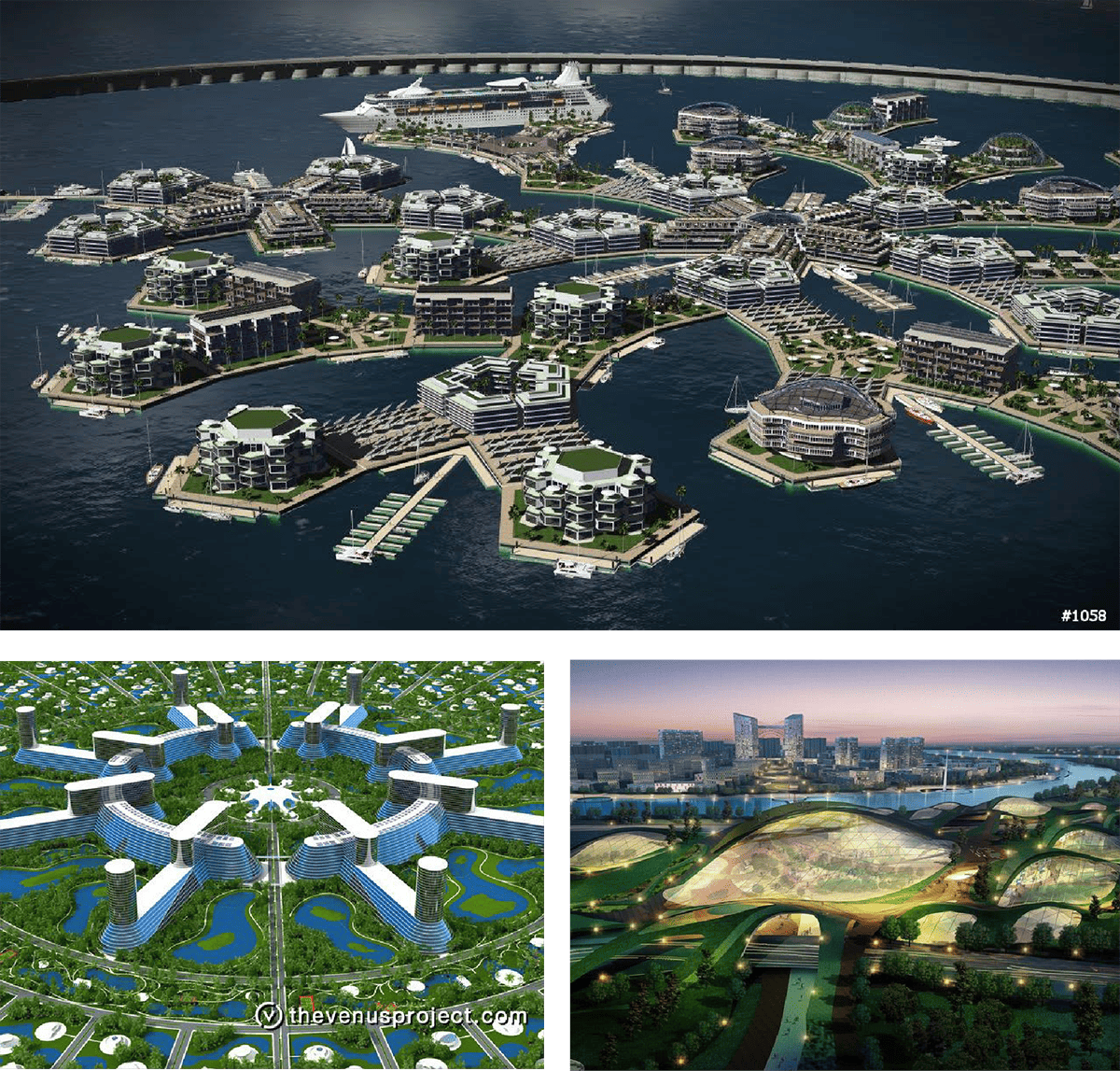 2.What’s your view on the role of architecture and design in promoting functional health and improving communities?

As a runner and avid explorer of cities on foot, functional health is something I actively take seriously and try to make time for as much as possible. Architecture and design can play a role in promoting functional health and improving communities but much of this needs to come from within local communities direct.

Life in big cities today is stressful, with many of us spending many hours each day getting to and from our workplace, then working long hours, and usually snacking at the office over a computer terminal whilst working. All of this is a recipe for tiredness, headaches, cramps, and the potential to become overweight.

In 2016, 24% of adults in England have been diagnosed as obese and a further 36% as overweight. 9% of children in England are obese by the age of 4-5. This percentage is growing annually and is a global trend. A major study carried of this year suggests there are now more obese people in the world than underweight.

How then can we as designers combat this alarming symptom impacting on our functional health and at the same time improve our communites?

Educating the youngest members of society and providing encouragement in more healthy dietary habits and advice on the benefits of physical health and outdoor activities is key to this, something that everyone can actively
participate in, however, it is also essential to equip an aging population with the tools to combat a potential decline in functional health, and engendering a community spirit to actively participate in community arranged events.

Crawford Partnership has recently been involved in designing a new community centre and nursery which will be privately funded as part of a new residential scheme, and the ongoing support by local authorities in the provision of land to build more of these centres is vital. 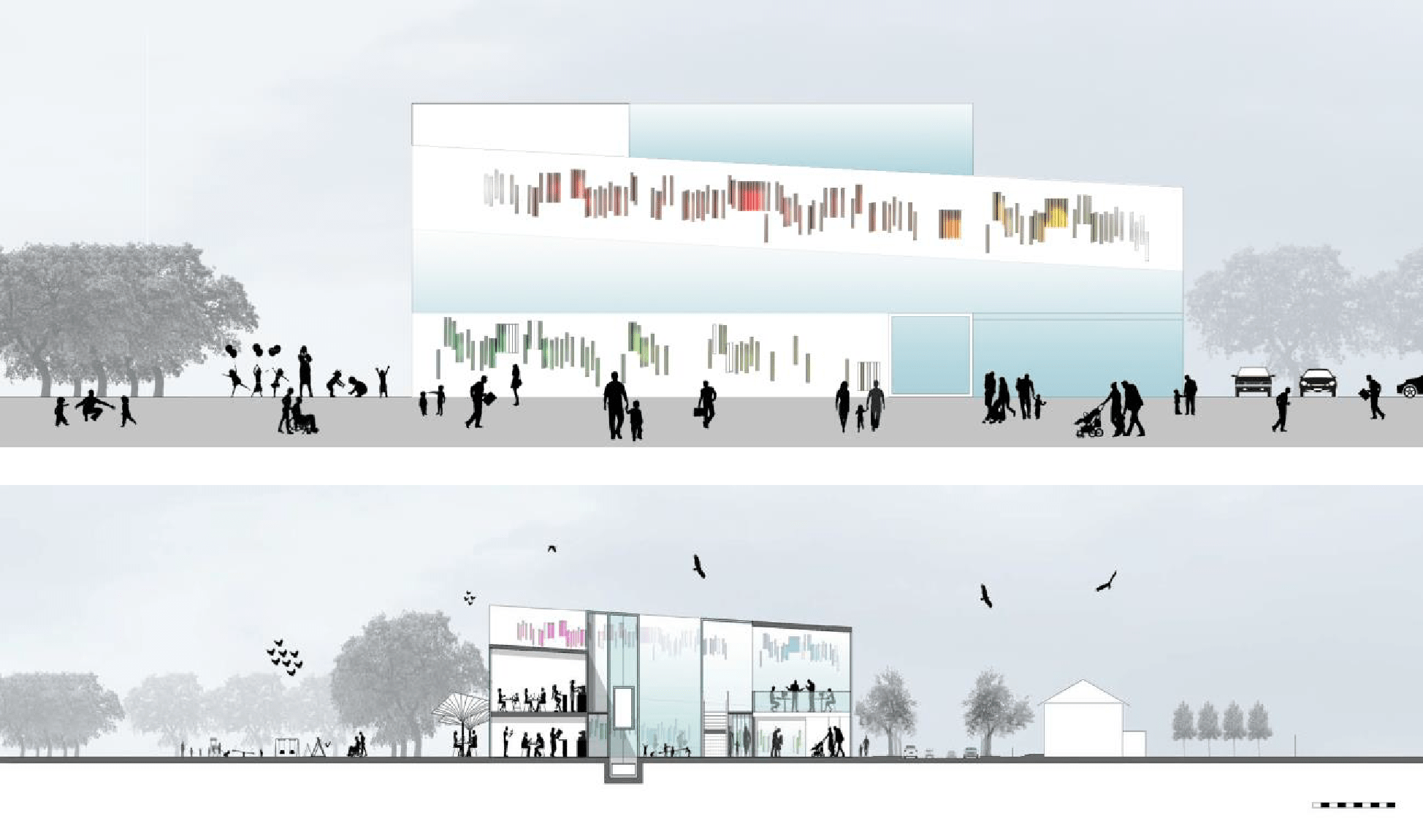 A LESS SEDENTARY LIFESTYLE FOR ALL

Looking back at my recent visit to China, I was impressed by the quantity and quality of parks and green spaces that already exist or are being constructed in major cities, and even more so with how they were being used at all times of the day and in the evening by both the younger and older generations alike.

In the cool early mornings, Tai Chi was being practiced in parks, gardens and in the smallest of green spaces by roadsides, whilst during the heat of the day, singers were out giving impromptu concerts in the shade under tall clumps of trees and others were simply walking in the shade enjoying the fragrance and beauty of flowers and shrubs that abound. In the evening the streets in local neighbourhoods became alive and animated, with groups of more elderly neighbours forming organized dance sessions, and hordes of teenagers and twenty somethings enjoying window shopping and sitting with friends chatting and participating in the growing café culture.

It may be that our climate in the UK is not as conducive to enjoying the great outdoors quite as much, especially in the evening, however, I think that this is a key area for all designers to focus their efforts on with lateral thinking and innovative ideas, and we as architects, need to join forces with our landscape design colleagues to seize every opportunity to improve the health and wellbeing of our growing and aging population by making our urban environment more accessible, inclusive, friendly and safe for all to enjoy in the future.

3. How can architects work across borders to share best practice and innovative design?

With advances in global communications and digital technology, it is already possible to work across borders, and the advent of the ‘virtual office’ allows designers to work from almost anywhere on the planet communicating direct via video link to colleagues thousands of miles away. Sites for new projects can now be readily viewed and explored in most major cities around the world direct from the comfort of your armchair using programmes like Google Earth.

Google Earth enables the adding of 3D computer generated models to entire metropolitan areas which can be viewed on mobile devices. 3D cityscapes, complete with buildings, terrain and even landscaping, can be added with coverage for metropolitan areas with a combined population of 300 million people.

There are also many online design magazines now available to view that on a daily basis feature some of the best work from designers within all professions across the globe. These are invaluable sources of inspiration and reference that demonstrate the very high quality of innovative design currently being produced around the globe, very often featuring detailed case study examples of architectural and interior design that allow a better understanding of the designer’s motivation and concept ideas. It is interesting to see some of these projects that first appeared on line now shortlisted in the prestigious Leaf Awards.

Drawings and other technical information can also readily be shared and accessed almost anywhere in the world using cloud-based software that allow all those involved in the design and construction process to access information securely and to comment and work on this shared information direct.

This technology has now made the world a much smaller and readily accessible place, which I believe has elevated the quality of our built world, and the appreciation of design for all.

In London, where I have my office, much of our focus is based around exploring solutions to provide homes that are affordable in a city where the prices to rent or purchase a home have already risen to such an extent that they threaten to drive out young people, the essence of our future. This requires a serious change in the mindset of all those involved in the development process, and at the moment we can only chip away at the edges in our ambitions, with red tape and profitability impacting on our efforts. But there will need to be changes!

At its core level, architecture has evolved to serve our basic need for shelter and security, to protect us from the elements and to allow us to sleep safely at night. This basic requirement is a fundamental right that we should all be able to share, yet in 2019, around the world, it’s estimated that no less than 150 million people, or about 2% of the world’s population, remain homeless, most are women and children. It is also estimated that there could be as many as another 100 million hidden homeless in the world, bringing the conservative estimate of the total population of homeless to 250 million. Putting this into some sort of perspective, the population of the USA in 2018 was estimated to be 327 million. The problem is not just homelessness. Overall, at least 1.6 billion people — again, many of them women and dependent children — may lack adequate housing, living in shelters that are life threatening or health threatening in developing world cities.

With the world’s population growth expected to rise from 7.7 billion at the moment to 8 billion by 2025, with 9.1 billion by 2050 or before, and as much as 10 billion predicted population by 2100. Our beautiful planet is destined to become a very crowded place, with major cities set to bear the brunt of population increase placing pressure on all our resources across the board.

This is one of the greatest challenges we as architects and designers around the globe face today in not only trying to find solutions to deal with present homelessness issues, but also to address the ongoing problems in housing this growing population.

I believe as architects, we have the ability to find innovative solutions to successfully address these issues, however, this must be a collaborative effort and requires the participation from all our fellow professionals in design, construction, finance, social sciences, across the board if we are going to have some chance to stem the tide of this looming reality of population growth and increasing homelessness, before our cities and our planet becomes swamped.