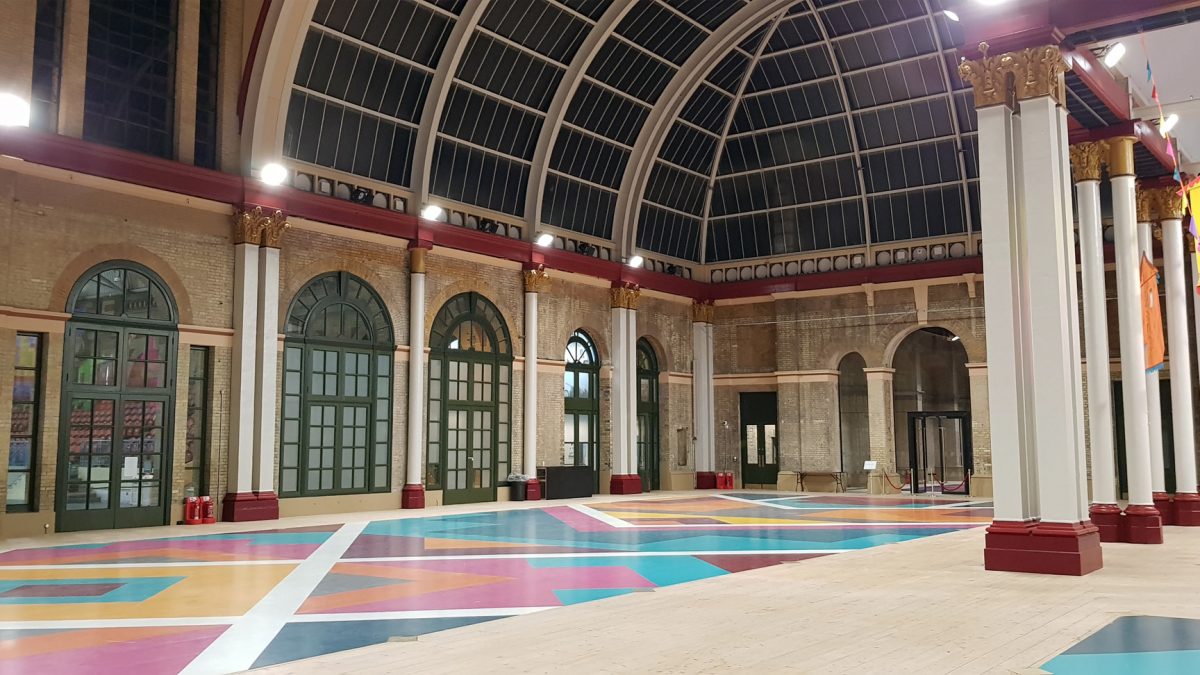 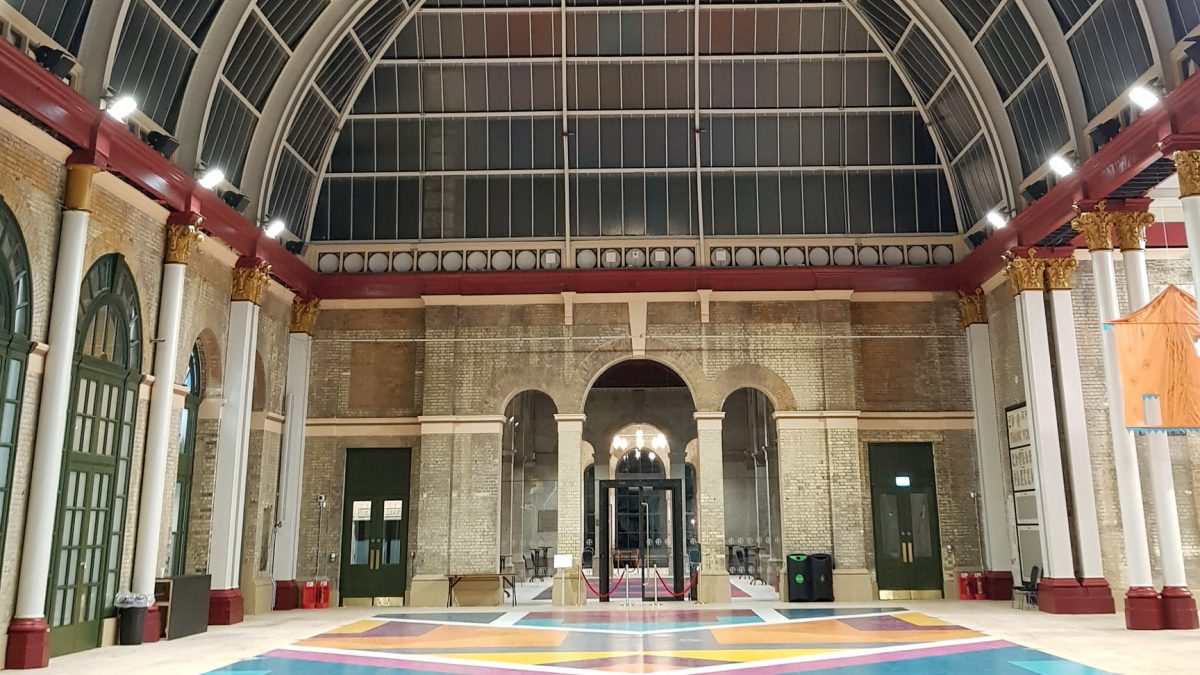 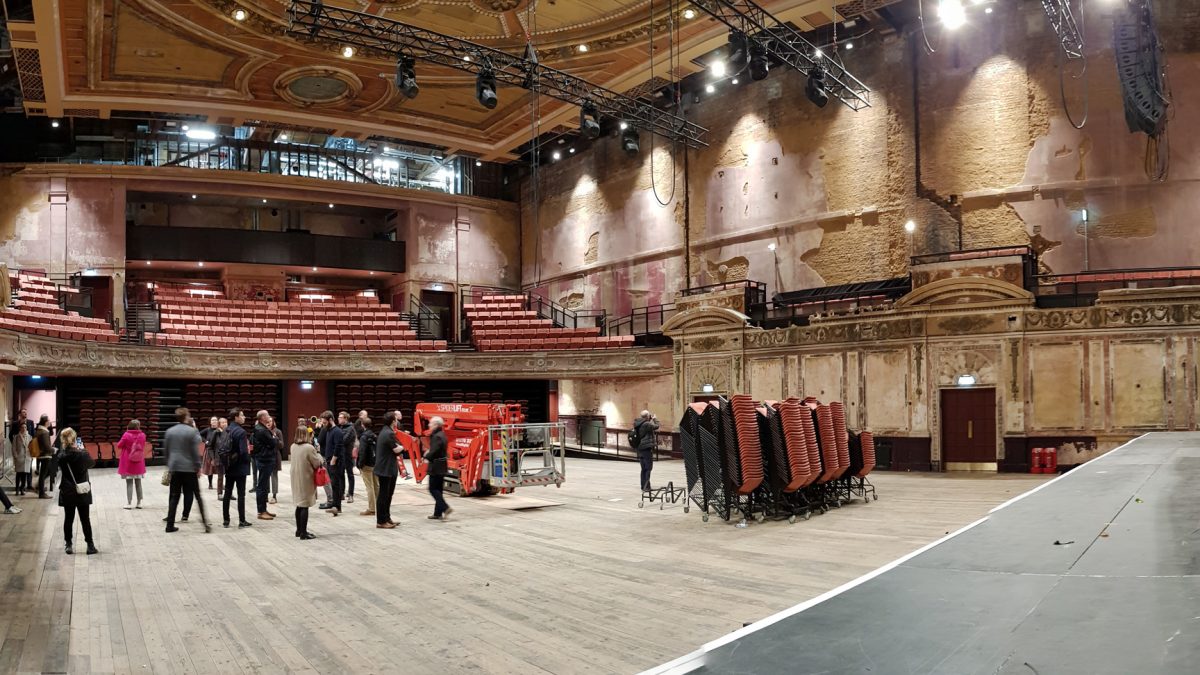 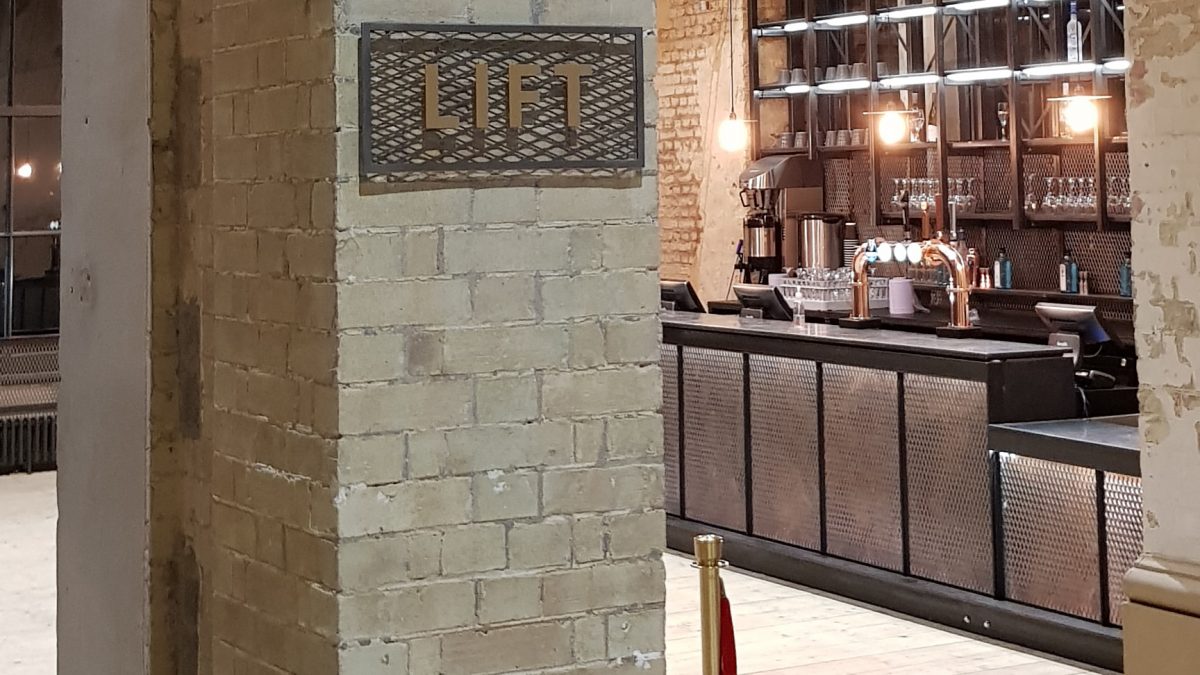 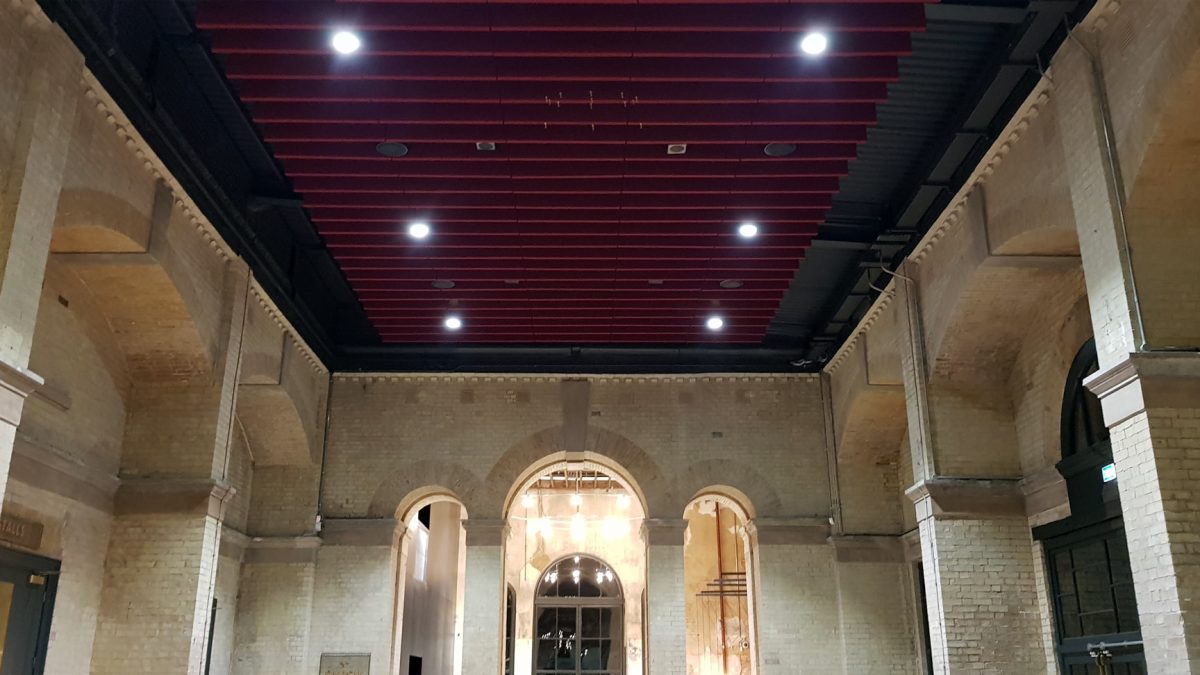 The building, which has taken around five years to realise, has brought the lost Victorian Theatre from obsolescence into life. The minimal and stylish finish, which pays an enormous amount of respect to the heritage and history of the space, has transformed the East Court of Alexandra Palace. With a limited palette of materials and stripped-back finishes to the walls, exposing original features and making a clear distinction between old and new, the renovation has been a result of works between the Alexandra Palace team alongside the Heritage Lottery Fund and Haringey Council, as well as benefiting from public support and donates.

FCB Studios have executed the brief to perfection, with the Project Architect and a representative from Ally Pally there to show a group of architects and conservation officers around this impressive re-imagined building. The architects describe the end result neatly as ‘arrested decay.’