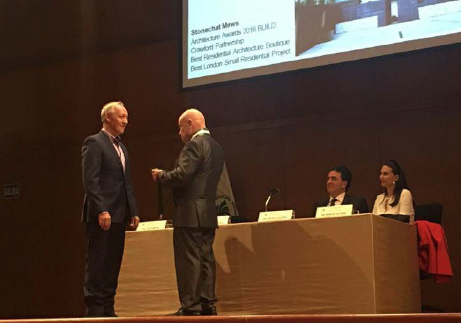 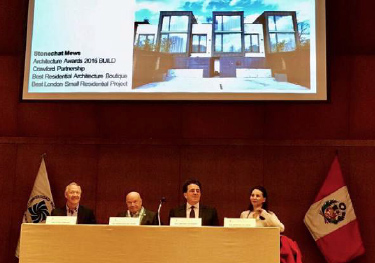 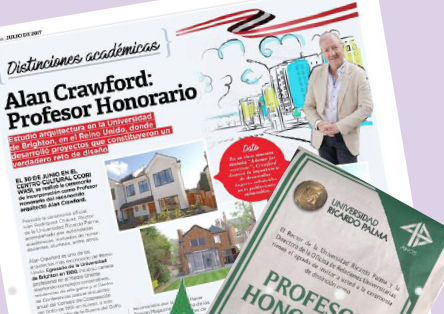 In June, Alan was invited by the Dean of URP architecture faculty to give a presentation to students on the work of the practice. The presentation subject ‘ A home for all’ was made to an audience of 300 students and staff, and on completing the talk, Alan received an Honorary Professorship. Alan and Maria also shared the stage with eminent Spanish architect, Santiago Calatrava, who received an Honorary Doctorate at the same time, with Alan being privileged to make the introductory speech for this award.

Alan featured in the local Lima newspaper prior to his Presentation of the practice’s work at University Ricardo Palma.